Feel the Magic of Piazzolla

If the inaugural Feel the Magic concert opened with a big bang, the second event of the series was no less spectacular and stunningly impressive! The concert featured a well-knit Sicily Ensemble performing a representative selection of Astor Piazzolla’s tango-inspired oeuvre in a truly thrilling and riveting performance. The ensemble was under the dynamic direction of Prof. Franco Foderà who cajoled the performers to mesmerize the patronizing audience at the Ministry of Gozo’s internal courtyard. Apart from interpreting this repertoire, Maestro Foderà is to be commended for the excellent arrangements of Piazzolla’s compositions for the mixed- ensemble elements of the Sicily Ensemble.

It was Nadia Boulanger who persuaded Astor Piazzolla to devote himself to the tango rather than to other genres of classical music. For this eminent French-based teacher, Piazzolla interpreted the popular music of Argentina much as Bartók, Stravinsky and Gershwin did the music of their countries. Piazzolla took the Argentinian tango and produced an eclectic classical music strain that came across effortlessly in the Sicily Ensemble’s offering. In ensuring the nuevo tango, the Argentinian composer freed the tango from its traditional patterns and gave it more nuances, making it more complex in the process. This introductory enlightening note before every excerpt by the violinist Antonella Scalia provided the audience with a contextual picture of what to expect.

The concert opened with Otoño porteño that asked for demanding playing from the Ensemble. The piece fuses classical music, tango rhythms and compelling harmonies that merge into a composition of unique originality. The successive number Soledad (Solitude) grasped the opportunity to show off impressive contrasts of dark textures tinged with the appropriate melancholy from all the members of the ensemble particularly the baritone saxophonist Tommaso Miranda.

Piazzolla was concerned to create tango music that would give voice to the concerns of a modern city like Buenos Aires since the city had neoteric rhythms and had become increasingly cosmopolitan. He brought the ‘neuvo tango’ to a new audience, although it understandably met with some opposition from the traditionalists. Among the numerous works of his fruitful decades, Michelangelo 70 features as one of the most enthralling works. This music had then attracted great attention for it sounded new, unusual, evocative and sensitive and so were we transported to this fascinating soundscape. Los paraguas de Buenos Aires provided the audience with music that possesses a passionately strong melodic line while Vuelvo al sur was performed with real power and a sensually seductive conviction by mezzo-soprano Nicoletta Bellotti.

The French accordionist Richard Galliano had collaborated very closely with Astor Piazzolla and his Tango pour Claude shows the extent of the Argentinian composer’s indelible influence. It was certainly played with gusto by accordionist Daniele Collura backed up by a solid contribution from all the members of the Sicily Ensemble. The vivid jazz-tango overtones resulted in bouncy and vibrant music that immediately grips the listener with a catchy melody in the style of Piazzolla. As a matter of fact, Piazzolla was leaps and bounds ahead of contemporaries, changing the tango music scenario through the trajectories that he undertook several times.

Piazzolla’s María de Buenos Aires is effectively a number opera – combining classical forms  such as fugue, melodrama and toccata with tangos and Argentinian folk tunes – yet it is a number opera of a strikingly original kind. The Sicily Ensemble regaled the audience with a particularly moving number Yo soy Maria that saw the participation of the vocalist in a heart-rending performance of this jewel of a song from Piazzolla’s creative pen.

The penultimate piece of this monographic concert was Oblivion followed by the eponymous Libertango that was played at a hefty pace and saw the conductor Foderà also featuring as a pianist together with Giovanna Mirrione in an explosive run of emotions that caused the audience to give a standing ovation to the concluding number amid shouts of ‘bis’ and ‘bravi’. It was truly an evening where Gozo succumbed to ‘Feel the Magic of Piazzolla’. 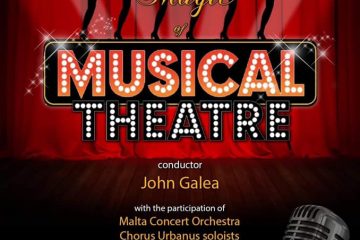 Feel The Magic Of Musical Theatre

“Magic” may be the key word in Chorus Urbanus’ 3-year project title. However “Magic” was surely on everyone’s tongue after the excellent spectacle that Chorus Urbanus presented as part of the ‘Feel the Magic’ Project. Read more… 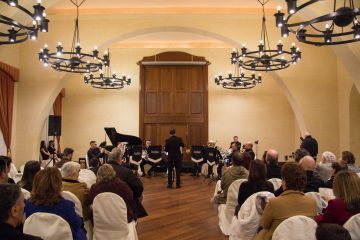 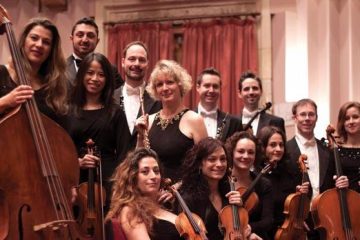 Feel the Magic of Classics

Camerata Galatea The Camerata Galatea performed a programme of virtuoso classic numbers that thrilled the sizeable audience with the sheer pyrotechnical feats of the ensemble made of core musicians from the Malta Philharmonic Orchestra. The Read more…